A lot of pastors hate preaching about the topic of our newest sermon series for this Sunday and the following two weeks, feeling that preaching about giving and the issue of generosity with life resources is the odious part of the job – shaking the tree for money.

Let me say two things very quickly, and as Hans and Franz say, “Believe me now and hear me later!”

The Scriptures are pretty clear on this issue of using resources – speaking of time, talent, and especially treasure, which is the measurement of heart value systems.

So in this series we will look at where wealth and blessing comes from, how we are to use it, and the great opportunity we have to build a legacy that has eternal value and benefit.

The passage for this coming Sunday is from Ecclesiastes 2, where Solomon reflects on all the riches and pleasures he had experienced in life and he says this in summary in verses 10 and 11:

I denied myself nothing my eyes desired; I refused my heart no pleasure. My heart took delight in all my labor, and this was the reward for all my toil.

Yet when I surveyed all that my hands had done, and what I had toiled to achieve, everything was meaningless, a chasing after the wind; nothing was gained under the sun.

It is a true statement that no human has ever had more of everything that the human heart by nature naturally craves than King Solomon; and in the end it did not satisfy.

The stories of the dissatisfaction of the big three things of the world – money, sex, power – are legion. There are regular accounts of the rich and famous who take their own lives, doing so at a rate far beyond the general population. Stuff does not satisfy, and in fact it becomes a great weight and burden.

The event of my life where this stood out to me was from 35 years ago when I lived in Dallas and worked as a pool-cleaning and maintenance technician while going to seminary.

A lifetime pattern for me has been to drive some of the oldest and most awful-looking cars. I don’t care about cars, other than I just want them to work. So I was driving a 1969 VW Hatchback, and it was old and very… well… rusty and old-looking. 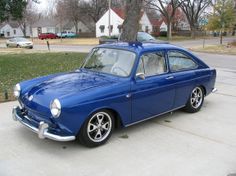 I was cleaning a couple of pools in a wealthy neighborhood where I had contracts before going golfing later that afternoon. A ministry friend of mine (and fellow student at the seminary) had a wife who worked in the pro shop of the very, very, very, very elite Dallas Country Club. Diana had bought me a golf bag Christmas present through her that had a DCC tag and logo on it.  It was thrown across the back seat of my car (since the trunk was full of pool supplies).

I was at the house for about 10 minutes, was vacuuming the pool, when up the driveway with lights and sirens comes a police car. The officer screeched to a halt behind my vehicle, looked in the window of the car while walking toward me, saw the golf bag and said, “So, YOU are a member at the Dallas Country Club, eh?”

Standing there in my official Quality Pool Service uniform (gym shorts and flip-flops), I said, “No, not yet.”

“So what’s with the DCC set of clubs in your car? Did you use the five-finger discount out of the garage?” he asked.

So I told him the story, understood why he would think what he did, and finally convinced him I was a legit serviceman by saying, “Hey, if I was stealing from people in this neighborhood, would I take time to clean their swimming pools for them?”

“You’ve got a point there,” he granted; and then said, “Well, a neighbor saw your car and called us about a probable breaking and entering.”

Here it is 35 years later, and if I saw a 69 VW in my neighborhood, I still wouldn’t call the cops.

The point is that those who have a lot have to worry about somebody else taking what they have.

Maybe it is better to just use what one has for eternal values. Let’s talk about it – about being a blessing.