I open today with an illustration that will REALLY tell you how terribly old I am and how long I’ve been on the planet. This one even stuns me.

Back when I was in middle school, I participated in every sport I could find. Some of them, I was pretty good; others, not so much. But every sport made us run some sort of distance run as a warm-up before practice or for conditioning at the end. And doing this was right up my alley. I always beat everyone without trying very hard. So, when they started a cross country team my freshman year of high school, I was recruited.

Understand that this was long before the running boom of the 80s. It does not strike us as odd whatsoever to see a person out running on the roadways for exercise. But about 1970, this was never really seen. When I would be out doing this on my own, it was not unusual for a car to slow down alongside me, roll down the windows and in total seriousness ask me what I was doing. Was I OK? What was I running from? Did I need a ride somewhere? So why again are you doing this? I finally came up with what I thought was a cute, albeit “snarky” answer, saying, “Oh, I’m timing my watch to see if it is accurate!”

Running for fitness seemed to everyone at that time as a silly chasing of the wind, a worthless pursuit. Even as a sport, why run without a ball to chase or person to tackle? I later came up with a saying in my running coaching years … “Even a dog likes games with balls, but the greatest athletes run distance.”  When it showed up on our team shirt that year, some of the other coaches in the school weren’t happy with me. Oh well.

The successful and vital Christian life is like running a race. Really? Yes. As was said on the 80s and 90s kids educational TV program called Reading Rainbow, “You don’t have to take my word for it, you can look it up in a book!”  The book is called The Bible; you may have heard of it. Paul says in 1 Corinthians 9 …

24 Do you not know that in a race all the runners run, but only one gets the prize? Run in such a way as to get the prize. 25 Everyone who competes in the games goes into strict training. They do it to get a crown that will not last, but we do it to get a crown that will last forever. 26 Therefore I do not run like someone running aimlessly; I do not fight like a boxer beating the air. 27 No, I strike a blow to my body and make it my slave so that after I have preached to others, I myself will not be disqualified for the prize.

I could go on and on with running themes, but the point to be made today is that this is the total opposite of drifting. Drifting away from God results in pursuits that are indeed a chasing of the wind. 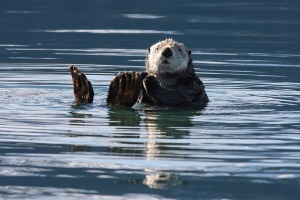 And when you have drifted away from God and pursue illusive material world gains on your own, you will never be satisfied, because you are chasing something that does not really exist permanently.

Frankly, this is what the vast majority of people are doing in life … certainly those apart from faith who are only invested in this world. And yet even among people who claim to know God, so many are looking to find satisfaction in the stuff that can be held onto, experienced, touched and measured.

But when life is done, all we have to hold onto is God, as all the rest is passing away.

Is there anything more illustrative of the pursuit of the temporary than this game Pokemon Go?

Let’s not be grouchy old folks about this, complaining about these young people with their phones.  But could there be a better spiritual metaphor for our generation?

A local person had a coworker who was playing Pokemon Go at the office. An older employee, observing his antics, couldn’t comprehend this. Trying to explain this app prompted the following questions: 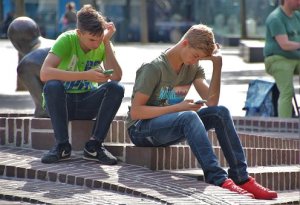 There is something really funny about a generation of smart phone users spending so much time and energy chasing things that aren’t real.

And that is what being consummately driven to attain material happiness is like: it’s about chasing the illusion that if I can get just one more—just one more dollar, one more gadget, one more anything—then I’ll be happy. But it’s a lie. That is a fantasy.

Don’t drift into that errant current of thinking, because it was cause you to float unknowing toward the falls of destruction. Hang onto to God. Pursue truth. Know God’s Word. Obey him. Grab onto life eternal.

(This is the last devotional for this week. In preparation for Sunday you might want to read about Solomon in 1 Kings 11.)