Probably many of you on your Facebook feed have occasionally seen click-bait pop up for a website that is called “People of Walmart” or something of that nature. It features pictures of oddly-dressed and unusual people who are most often unsuspectingly photographed. Whereas a number of those pictured may be people sadly evidencing some sort of mental illness, the photos just as frequently are displays of gravely impoverished individuals.

For those who succeed sufficiently well in life, it is so simple as to be an almost natural reaction to look down upon people who are poor and struggling. The immediate suspicion is to assume that the condition is derivative from some measure of irresponsibility or laziness. “Just get a job” is an immediate thought, or, “The money you spent on that ugly tattoo on your neck might have bought a few more groceries for your family.”  Beyond this, some people of faith who have been blessed with abundance may even have, at the minimum, some measure of belief that their own success represents God’s blessing, whereas the deprecations of the poor represent His displeasure with them.

But is poverty this simple to define? Is it always the natural outcome of bad life choices? And what is the background source of the lack of skills that led to whatever bad choices were made?

Is it not also a reality that many impoverished people are actually in that condition through a complicated series of misfortunes from which extrication is not immediately obvious? This was true in the situation described by Nehemiah in the passage that was primary to our Week 3 sermon within the #ForOurCity series.

Nehemiah 5:1 – Now the men and their wives raised a great outcry against their fellow Jews. 2 Some were saying, “We and our sons and daughters are numerous; in order for us to eat and stay alive, we must get grain.”

3 Others were saying, “We are mortgaging our fields, our vineyards and our homes to get grain during the famine.”

4 Still others were saying, “We have had to borrow money to pay the king’s tax on our fields and vineyards. 5 Although we are of the same flesh and blood as our fellow Jews and though our children are as good as theirs, yet we have to subject our sons and daughters to slavery. Some of our daughters have already been enslaved, but we are powerless, because our fields and our vineyards belong to others.”

The arduous process of building the wall had taken people away from their regular lives and abilities to make ends meet. The situation was grave. They were borrowing money to pay taxes. Beyond that, some were having to subject their children to slavery. Their debts were becoming inexorable. And those who were being enriched were from their own Jewish flesh and blood – actually disobeying the Old Testament Law in charging interest …

6 When I heard their outcry and these charges, I was very angry. 7 I pondered them in my mind and then accused the nobles and officials. I told them, “You are charging your own people interest!” So I called together a large meeting to deal with them 8 and said: “As far as possible, we have bought back our fellow Jews who were sold to the Gentiles. Now you are selling your own people, only for them to be sold back to us!” They kept quiet, because they could find nothing to say.

They had nothing to say. Why?  What was the nobles’ (the wealthy land owners class) disposition on this? Perhaps they had some of the same viewpoints we might have today toward impoverished people – that God has blessed our greater faithfulness … that they aren’t making wise choices … that their responsibility quotient in not as refined as our own, etc.

I would add to this that the nobles likely did not “see” the poor. Oh yes – they saw them with their eyes, but not with their hearts. Perhaps we too need to look beyond mere “seeing” that can be easily sloughed off and forgotten, to rather “deeply seeing” with hearts of compassion built upon a profound sense of God’s blessing.

Remember the story in Luke chapter 7 of Jesus dining in the home of Simon the Pharisee? A woman with a troubled history had come into the home and was making quite a scene of weeping, anointing the feet of Jesus and wiping them with her hair. EVERYONE in the room could see it (and smell it and hear it), though none chose to speak to it. And finally Jesus asks Simon, “Do you see this woman?”  Of course he could see her; you couldn’t NOT see her. But he was asking if he could SEE her. 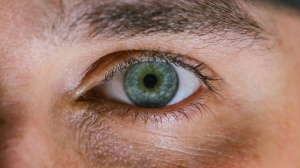 Do you SEE the poor? Does your heart SEE the poor and needy in our community? There is quite a lot to see … I mean, to SEE. And before we can act upon it we have to do more than just see it, but to SEE it.  SEEING is step one.

For those of you who heard the sermon yesterday either at Tri-State Fellowship or in one of the other 23 partnering churches, here in print are some of the statistics shared about the level of poverty in Hagerstown and Washington County …