When we think of the book of Nehemiah, it is the incredible construction of a wall that we think about first and foremost. But why did Nehemiah care so much about a wall? Yes, security was a big issue. Ancient cities were very exposed without walls of protection from barbaric attacks.

But it was much more than just a wall for protection. It represented a larger vision for a greater legacy. They rebuilt the security, protection, and strength of their city, AND, they brought the nation back into a place of spiritual focus with a proper worship of God.

The structure of the ancient city was designed around its religious character. Thus the dedication ceremony that we read about today had a decidedly religious flavor. The dedication of the wall cannot be separated, then, from the work of Ezra who rebuilt Israel’s temple. We may rightly see this ceremony as the climax to the books of Ezra and Nehemiah.

Of this section of text this past week, we made this point: We live a legacy when we make eternal values a present priority.

We might ask, “What will I leave behind that will matter in 100 years?

We must make it our life mission to hand to others not merely a list of how-to’s, but rather a compelling reason to live so as to experience of the presence of God.

Invest in “rebuilding the walls” of protection and security for our city and those we know and care about – by praying, by loving, by serving, by living a life of compassion. 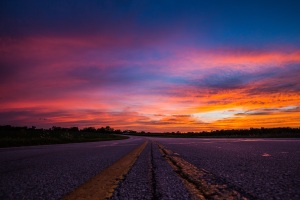 We must call our city and churches, our own family and friends back to true worship of the one true God rather than being consumed with living for the moment, caught up in what is comfortable, safe, and easy … but passing away. Yes, we need to lift our eyes up from the sidewalk experience of this world, to see rather the horizon of the eternal kingdom of God.

12:27 – At the dedication of the wall of Jerusalem, the Levites were sought out from where they lived and were brought to Jerusalem to celebrate joyfully the dedication with songs of thanksgiving and with the music of cymbals, harps and lyres. 28 The musicians also were brought together from the region around Jerusalem—from the villages of the Netophathites, 29 from Beth Gilgal, and from the area of Geba and Azmaveth, for the musicians had built villages for themselves around Jerusalem. 30 When the priests and Levites had purified themselves ceremonially, they purified the people, the gates and the wall.

31 I had the leaders of Judah go up on top of the wall. I also assigned two large choirs to give thanks. One was to proceed on top of the wall to the right, toward the Dung Gate. 32 Hoshaiah and half the leaders of Judah followed them, 33 along with Azariah, Ezra, Meshullam, 34 Judah, Benjamin, Shemaiah, Jeremiah, 35 as well as some priests with trumpets, and also Zechariah son of Jonathan, the son of Shemaiah, the son of Mattaniah, the son of Micaiah, the son of Zakkur, the son of Asaph, 36 and his associates—Shemaiah, Azarel, Milalai, Gilalai, Maai, Nethanel, Judah and Hanani—with musical instruments prescribed by David the man of God. Ezra the teacher of the Law led the procession. 37 At the Fountain Gate they continued directly up the steps of the City of David on the ascent to the wall and passed above the site of David’s palace to the Water Gate on the east.